Karen Weise, a Technology Correspondent for The New York Times based in Seattle, gets pitched a lot of technology stories … which isn’t exactly surprising. What is surprising is how little these pitches have to do with Microsoft or Amazon, the two companies she overwhelmingly writes about. 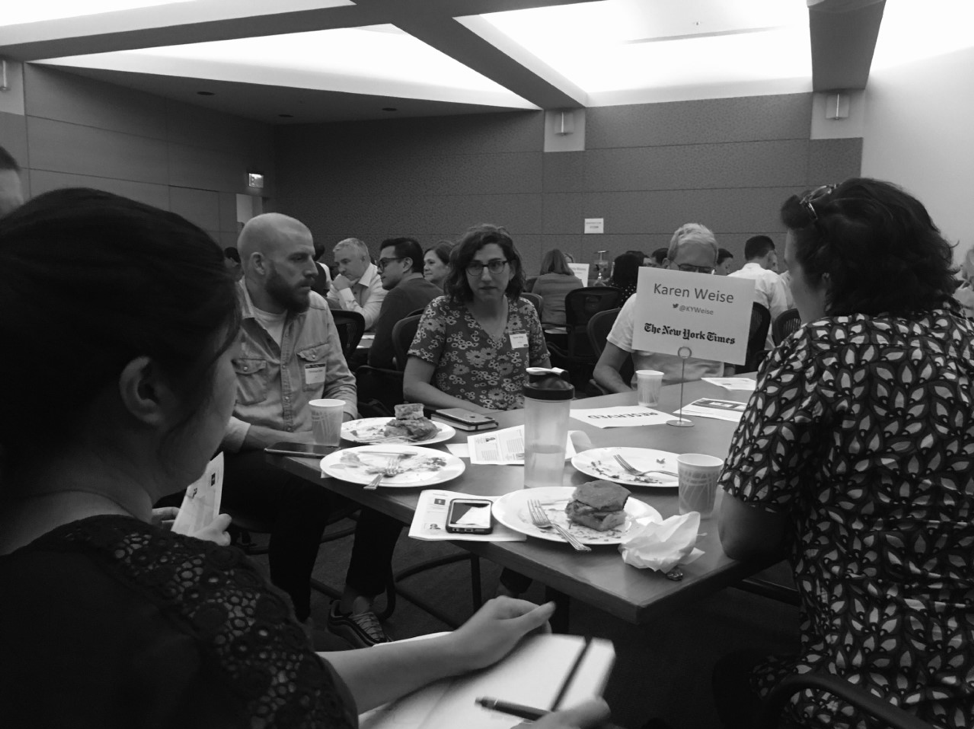 Weise’s subtle inference that a lot of people pitching reporters are not readers of those same reporters’ works was a common theme of Business Wire Seattle’s annual “Meet the Media Luncheon,” held in downtown Seattle in early September.

Weise was one of eight Seattle-area journalists who sat down with communications professionals and media aficionados for a speed dating-like event where attendees had the unique opportunity to engage in small group discussions with reporters and editors to better understand what kinds of pitches annoy journalists the most, the most effective way to communicate with certain journalists, and how journalists see their industry changing.

What quickly became apparent in almost all of the discussions was the lack of familiarity most communications professionals have with the journalists to whom they’re pitching stories.

“I’m never annoyed to get pitched,” said Weise. “But if you read my work you’ll have a good idea of what I’m writing about and you really should pitch accordingly.”

Ashley Stewart, formerly with the Puget Sound Business Journal and a soon-to-be Business Insider reporter, shared Weise’s sentiment. “A lot of media are chasing the same stories but care about them for very different reasons,” said Stewart. “That’s why it’s so important to research and read [and] watch local media. If you’re smart about it, you may be able to pitch your same story in different ways to a variety of media.”

While most speakers touched on the importance of knowing who you are pitching, they also offered a wide variety of tips when it comes to working with the media:

With regard to that last tip, we highly recommend using Business Wire Interactive Media to get your story and multimedia into the hands of journalists. They’ll appreciate it!

The Art and Science of PR in the Digital Age